Lab 2. Public Aid and Other Tools to Support the Cultural Fabric 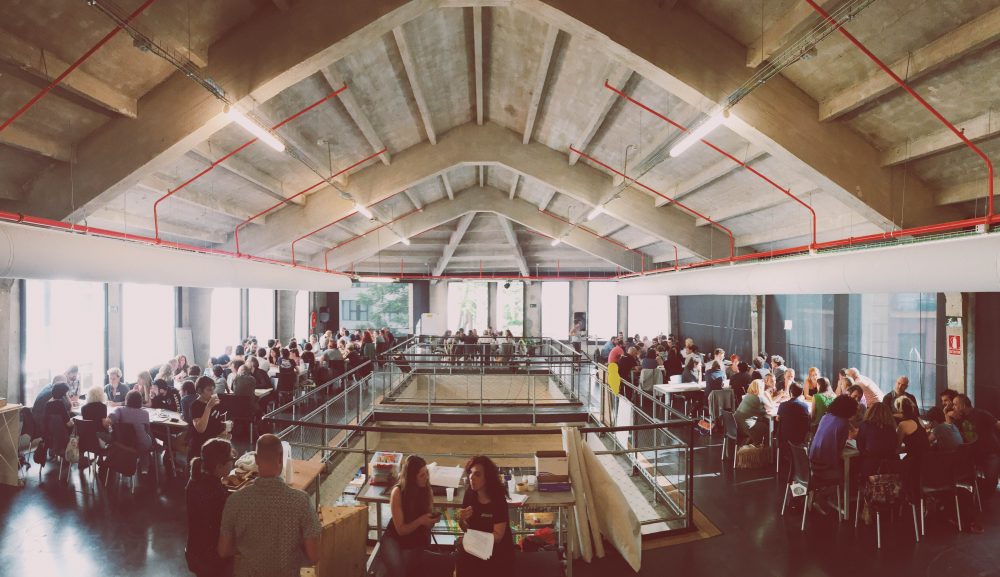 The “Labs” are a forum for participation in our city’s public cultural policies and institutions, focusing on dialogue and collective work among cultural stakeholders, municipal authorities and citizens. The second session will focus on models of public aid alongside other forms and tools for funding and supporting the cultural fabric.

This second Lab is structured into two complementary parts: the first day, based on different work groups, which is open for participation (with prior registration) and includes cultural stakeholders and guest entities; and the second day, which entails a public meeting open to all citizens when the initial proposal and the results of the various work groups will be presented.

The first day of the Lab is aimed at the cultural fabric of the city of Madrid and invites the participation of sectors and their various representative bodies as well as stakeholders and individual artists. Public aid, ways of gaining access to resources and various public competition facilities play a central role in the city’s cultural policies. This session will cover, in various work groups, the basic principles of and facilities for public aid drawn up by Madrid City Council’s Department of Culture and Sport. The starting point in terms of work material will be a draft institutional proposal which lays the foundations for a new framework of municipal aid that seeks to protect, foster and consolidate artistic creation in all of its spheres, strengthening to this end the instruments and agents that support and are involved in it and ensuring that it reaches society and the rest of the local, national and international cultural fabric.

Prior registration required ALL PLACES FULL!
Maximum capacity of 100 people

For this session, participants are recommended to use the Guía de participación («Participation Guide», in Spanish) and to consult the work material (Spanish). See below for material.

The second part of the Lab is designed as a public meeting aimed at presenting the initial proposal and the changes made to it, and pooling the work carried out by the groups on the first day. The session will be conducted in the form of an open discussion with Getsemaní de San Marcos, General Director of Programmes and Cultural Activities; Marisol Mena, General Director of Intervention in the Urban Landscape and Cultural Heritage; and the various stakeholders taking part in the workshop. The aim of this meeting is to attempt to produce a shared account – constructed with the essential contribution of the cultural fabric involved – of the current situation in regard to public aid, its regulatory framework and the calendar of open calls. This will enable us to compare and contrast the new Strategic Plan for Subsidies and the proposals of the stakeholders that took part in the work groups on the first day, highlighting the value of other elements, both material and intangible, which support the cultural fabric.

This second part is aimed at all interested parties, and prior registration is not required (free admission until full capacity is reached). You can follow the Lab’s activity via streaming at this link and see video of session below.